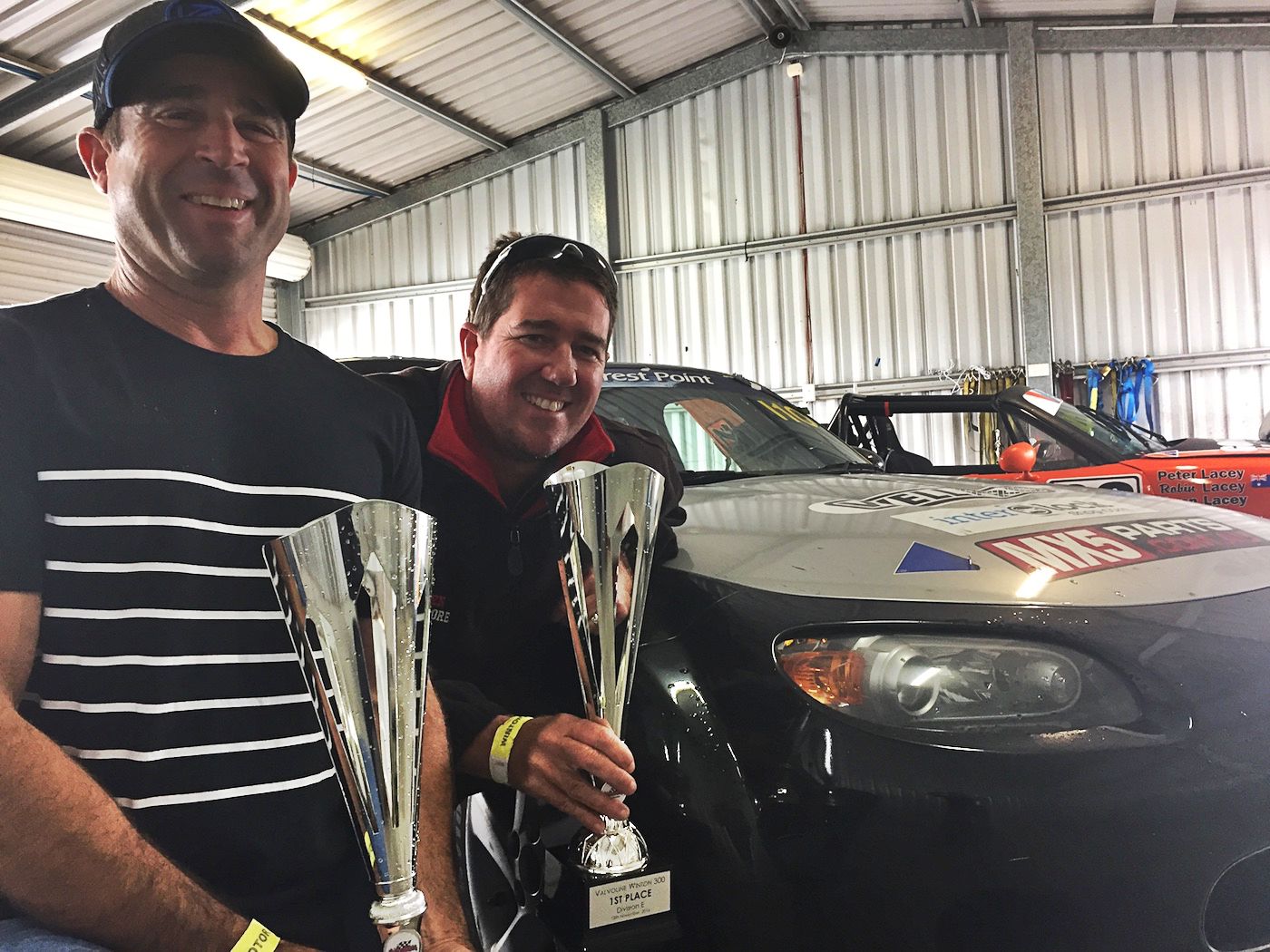 0
0
November 30, 2012
Featured, Press Release
Neil’s Supercharged NC MX5 has been made legal for Australian roads. Our efforts started in late September 2012 with an emissions test for the Australian IM240 Test Cycle (reported HERE); [...]

0
0
November 7, 2012
Featured, Press Release
Congratulations to Brian Anderson in his BMW 3 Series for his 3rd place in the Australian Improved Production Championship. Despite missing a full round of the championship, Brian still managed [...]

0
0
October 3, 2012
Featured, Press Release
A chance meeting at Wakefield Park earlier this month gave us a glimpse of the “awesomeness” that is the Nissan Cube. Sidd (owner) and his mates spent time with Targa Racing and [...]

0
0
April 11, 2012
Press Release
Hydrawash Racing has completed a fantastic weekend of racing at the Wakefield 300. Held in the wettest weekend seen in Goulburn for almost 20 years, the team consisting of two TargaRacing [...]

TARGARACING GEAR UP FOR TARGA TASMANIA

0
0
April 4, 2012
Press Release
TargaRacing have a record 6 crews ready to race in this year’s Targa Tasmania. For the first time in many years, the event has been extended and this will be the longest Targa ever held with 570 [...]

0
0
April 15, 2011
Press Release
Friday, 15 April 2011 TargaRacing.com.au have come away victorious in the Australian Tarmac Rally Championship after a third place podium finish in the 2011 Targa Tasmania event. Driver Andrew [...]
Archive Widget Area has no widgets.
MORE ABOUT US